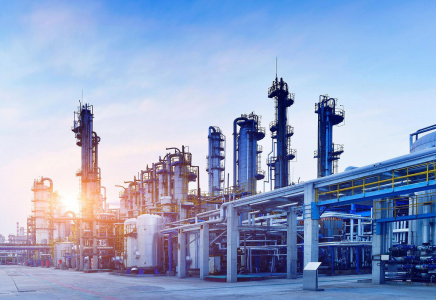 The Ministry of Economic Development has sent proposals to the government on expanding the mechanisms of industrial cooperation within the framework of the Eurasian Economic Union, which were prepared on behalf of Prime Minister Mikhail Mishustin.As the Ministry of Economic Development told Rossiyskaya Gazeta, in parallel, work is underway within the framework of the EAEU to develop mechanisms for cooperative ties, conditions for import substitution, localization of production and acceleration of industrial integration.
A map of the Union's industrialization has been developed, containing 554 technological areas in which the countries have import-substituting potential, and 50 groups of goods that are leaders in importing to the EAEU states. In addition, the Map includes 182 major investment projects.
Now a list of enterprises is being formed that are ready to participate in the implementation of joint projects in the aircraft industry to identify potentially possible new cooperation chains.

In addition, the Action Plan for the implementation of Strategic Directions for the development of the Eurasian Economic Integration until 2025 includes measures that will help create conditions for industrial cooperation. For example, to reduce cross-border barriers, to implement cooperation projects with an integration component.

The Ministry of Economic Development added that interstate programs are an important tool for the development of industrial cooperation, including projects currently being developed to improve the efficiency and reliability of industrial facilities and distributed energy and supercomputers. An interstate program in the field of remote sensing of the Earth is already being implemented in the EAEU.

According to the Ministry of Industry and Trade, work is currently underway in the Eurasian space to expand the mechanisms of industrial cooperation.

A map of industrialization has been developed, which reflects information on existing and planned projects of the Member States of the Union, as well as Rules for determining the country of origin of certain types of goods for the purposes of state (municipal) procurement. This document provides for the possibility of granting preferences to goods, including those with a cooperative component.

"In general, the systematic work on import substitution and localization is aimed at increasing the competitiveness of goods produced in the Union," the ministry said.