Industry is switching to machine labor 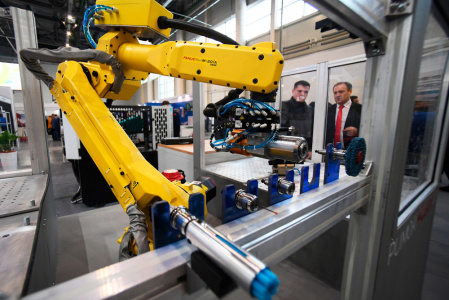 This is facilitated by the shortage of workers and the opportunity to reduce the cost of production. In 2019, 1,410 industrial robots were installed in Russia - 40 percent more than in 2018. In 2020, such calculations were not carried out, but market participants are confident that growth continues. This, in particular, is evidenced by the data of 33 largest integrator companies - the number of industrial robots installed by them increased by a quarter last year and reached 501 units, according to the TAdviser analytical center and the National Association of Robotics Market Participants (NASR).
In recent years, the number of robots has been growing at a pace higher than the global average, but we are still noticeably behind the leaders in terms of the overall level. In 2005-2019, 6 thousand industrial robots were installed in Russia. Worldwide, according to the International Federation of Robotics (IFR), there are three million of them. There are 6 robots per 10,000 employees in Russia, and 126 robots on average in the world. The leader - South Korea - has 932 of them.
"The reason for the lag is a fairly cheap labor force. Therefore, many industries do not see the need to use robotic solutions instead of manual labor," says Olga Mudrova, Executive Director of the NASR. - We also do not have enough qualified personnel to service robots. And finally, the market for industrial robots is formed mainly by state corporations, not all of which are ready to actively introduce robotics at their enterprises."