Manturov explained the explosive growth of production in some industries 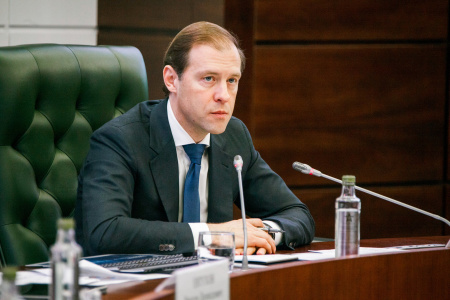 Since the beginning of the year, production in some sectors has grown very significantly, according to the comments received in the "RG" to the preliminary estimates of Rosstat, the head of the Ministry of Industry and Trade Denis Manturov. The industrial production index showed an increase of 7.2% compared to April last year and 1.1% higher than last month. As explained by Manturov, the high rates are partly due to the fact that last year it was in April that the main blow was inflicted on the industry by the coronavirus.Last year, a number of enterprises saw a decline in production volumes due to the restrictive measures introduced to combat coronavirus infection," he said. Manufacturing output in April 2021 was 14.2% higher than a year ago. At the same time, compared to March of this year, there is a decrease of 4.6%. This decrease occurs annually, and is associated with investment and calendar factors. We see that since the beginning of this year, there has been a revival in the economy.