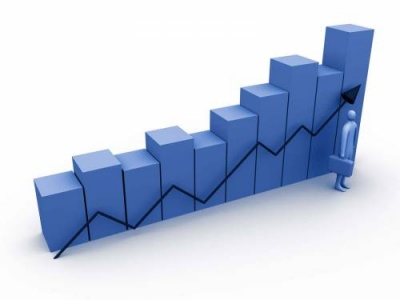 By 2015, our company has successfully coped with the crisis and achieved significant financial success. So during the period from 2011 to 2015 profits 10 ILI increased 11 times and amounted to 73.4 million. Rubles.
According to the CEO of 10-ILI, a year ago at issue was the feasibility of the operation of the plant, but now the company was able to make the most of the currency jumps and "inflation-held at a good level": discontinued import of components, order backlog increased in this year's planned increase in production 20%.
Head noted that the success of the company helped the ruble devaluation. This has a direct impact on the change in the structure of production costs, appeared competitive advantage relative to foreign counterparts. Since last year we have completely abandoned the procurement of components abroad, which led to a large procuring rings and separators.
Two years ago, industrial production in Russia had no competitive advantage for most indicators. energy and raw material cost is comparable with foreign prices. Skilled labor is more expensive than in some countries in Southeast Asia Vos¬tochnoy and highly skilled staff are very expensive or non-existent. Service machines because of their foreign origin have more. Putting all these factors together, it turns out is not the most optimistic picture. Therefore the devaluation of the manufacturers today opens good prospects for development, unless, of course, will not be razvinchena inflation spiral.
Also in the short term and active sales promotion of products 10 GEA abroad. We are determined to make this leap. To meet the needs of the market planned to increase production volumes by 20%. Now we are focused on expanding the geography of consumers outside the CIS. Of sales in this direction - at least 10%. Defining markets - BRIC countries and Eastern Europe. In these areas, we focus on the secondary market of spare parts. - Commented the General Director of "10-ILI" Kuznetsov AV
To date, "The Tenth Bearing Factory" cooperates with all automobile companies (OAO "GAZ", OJSC "KAMAZ" Automobile Plant "Ural", Minsk Automobile Plant, JSC "UAZ". Not only the cars segment, the production and delivery of parts there is by completely different laws:. is a highly competitive mass market products of the enterprise 10-ILI is also in demand among manufacturers of machinery and agricultural machinery, but their share is less.
In addition, a small proportion of the range of special products takes - it's a different level of products, which increases the competitiveness. On the other hand, in the first quarter of this year, due to organizational problems on the placement of orders or our factory, nor those whom I know, no signed contracts and delivered products to customers. Now required for each request start a separate special accounts in different banks. Therefore, the number of accounts that we have opened in the past six months, is huge. It is not 2-3, but the dozens of accounts. some contractors supply of payment delays on terms more than 9 months, and the amount is more than 10 mln. rub.
It is obvious that in order to set goals and objectives, you need to update the production and purchase of new equipment. By the end of 2016 we plan to invest about 30 million rubles, of which a considerable part is directed to the acquisition of modern high-performance equipment:.. Lathes and machining centers, compressors, etc...