The increase in production of bearings 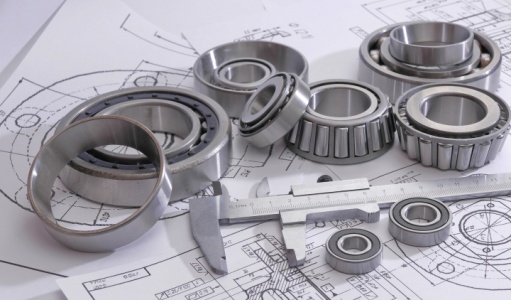 Among the factors that have a negative impact on domestic production in 2012, a leading specialist of marketing department of OJSC "Samara Bearing Plant" highlights the rise in prices for the metal in the domestic market, which is the main component of the cost price for the industry. The expert also noted the growing competitive advantage of Asian companies, particularly Chinese, in terms of organizational structure: in contrast to the Russian enterprises, Chinese manufacturers specialize in a narrow range of goods, which allows them to focus on the target markets and reduce costs, while Russian companies post-Soviet period kept the policy of product diversification. From the state in the framework of the Eurasian Economic Commission since 2007 the anti-dumping duty on imports of roller bearings from China, which in September 2013 was extended by January 2018 The fee for most providers is 41.5% of the customs value. The fee does not apply to needle roller bearings, due to the high dependence of the market on imports.
In 2015, there was a slowdown in the production of bearings decline (-2.9% vs. -21.2% in 2014 y / y). Despite the decrease in demand from the mechanical engineering industries, has played a positive role to reduce by 20% the import, which has helped domestic companies hold almost at the level of the previous year. Another reason is the increase in 2015 the value of defense orders. Most of its share accounted for the "European Bearing Corporation."
In the first half of 2016 the decline in production was -7.5% compared to the same period of 2015 According to IndexBox, the positive effect of increased cost of imports is gradually leveled as a reserve transition consumer industries for domestic products exhausted. In our view, the production of bearings in the near future will develop in line with the trends of all machine-building complex.
According to the representative of LLC "Trade House EPK" modern crises have a positive impact on the domestic podshipnikostroenii, despite the persistence of the recession. Russian producers are strengthening their position in the market, gradually replacing imported analogues. With the resumption of growth in the Russian machine-building bearing the company will show a positive trend and will be able to take a leading position in many areas, in particular bearings for railway vehicles, automobiles, agricultural machinery, as well as the general nomenclature of large and precision bearings. The most problematic segment will remain the production of needle roller bearings.
In Russia there are a number of large businesses that specialize in different types of bearings. Among them is the company most of the "European Bearing Corporation", which includes plants in Samara and Saratov, the Volga (Volgograd Region), Moscow and Stepnogorsk (Kazakhstan). It is also the largest enterprises are JSC "Vologda Bearing Plant", OJSC "Samara Bearing Plant", JSC "10 GPZ" (Rostov-on-Don), OOO "Middle Volga Bearing Plant" (Samara), JSC "Kursk Bearing Company" and al.
Manufacture of bearings corresponds with the main centers of production - the company listed above. The first place is occupied by the North-West Federal District, which is associated with a specialization in the production of the Vologda factory mass production for the automotive industry. In second place Southern Federal District with a share of 28.4% in 2015, the third - the Volga Federal District with 21.3% share.
According to forecasts of the Ministry of Economic Development of the Russian Federation expected machinery and equipment production index will be 101.2%, electrical, electronic and optical products - 100.5%, vehicles and related equipment - 97.4%. When you save the exchange rate difference at the present level, the production of bearings for individual product groups can achieve these growth rates. Article Author: Artem Khasanov Source: Marketing research. Market bearings