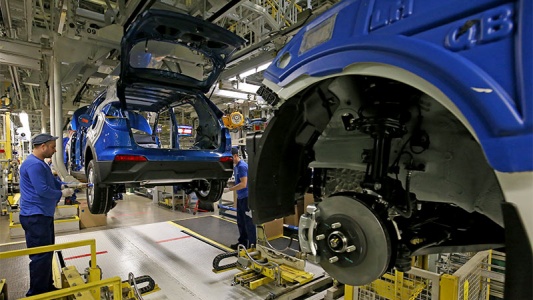 Federal Agency on Technical Regulation and Metrology (Rosstandart) has begun inspection of Russian car factories for compliance of the products with the declared criteria in “approval of the vehicle type” and requirements of the Russian legislation. While checks are carried out planned, but in case of receiving of driver’s complaints, Rosstandart inspectors will come with a check without warning. Prosecuted can wait for the suspension of the release of cars into circulation and administrative responsibility.

The verifications are carried out within the framework of 294-Federal Law (about protection of the rights of legal entities and individual entrepreneurs under supervision). Scheduled inspections are coordinated with the Prosecutor General's Office.

In 2017 Rosstandart has already tested the St. Petersburg factories Hyundai and Toyota. Now there is a inspection of the products of the Chinese company Foton, which intends to organize the assembly of commercial and passenger cars in the south of Russia, according to “Izvestia” newspaper.