Russian industry: results of May 2020 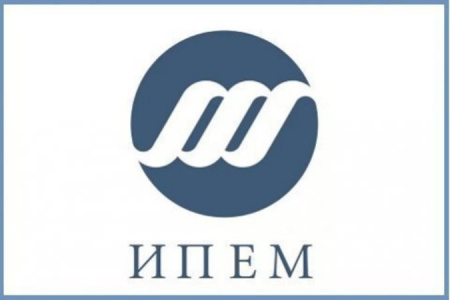 Demand for the products of extractive industries in May decreased significantly: -14% compared to May 2019 (the decline over 4 months amounted to 5%).

Oil production in May 2020 decreased by 15.5% compared to May 2019 (-2.5% for January – May), exports - by 13% (-3.9% from the beginning of the year). On May 12, OPEC + countries adopted new conditions for reducing oil production . Russia under this agreement has assumed more significant obligations than in the framework of the last deal, which ended in March. According to the results of May, the reduction in oil production by Russia did not quite reach the target values: 2.44 million barrels per day against 2.53 million barrels per day under the terms of the transaction.

The rate of decline in coal production in May accelerated again: -13.4% compared to May 2019 and -9.3% since the beginning of the year. Export deliveries are also declining (-13.3% in May, -9.2% for five months) due to lower global demand, including in electricity production : according to the IEA, in the first half of 2020, the largest drop in coal consumption was recorded in recent 70 years old.

Demand growth in low-tech industries, continuing from July 2019, slowed slightly in May: + 10% by May-2019 and + 9.3% since the beginning of the year. The main positive contribution to the dynamics of the sector makesfood industry , with the highest growth rates showing the production of long-term storage products.

In high-tech industries, IPEM recorded a radical decline in demand: -34.9% compared to May last year, -20.3% in January-May. At the same time, in May, the shipment of engineering products to the railway network increased (+ 3.9% per month, -13.1% from the beginning of the year).

“It should be noted that the experience gained from the crisis of 2008-2010 allowed the Government of the Russian Federation to significantly increase the efficiency in the development and implementation of anti-crisis measures,” commented Yevgeny Rudakov, deputy head of the IPEC Fuel and Energy Research Department. “The car industry is the most striking example. through accelerated procurement of automotive equipment, federal executive bodies and state-owned companies were approved only in May. However, according to the results of April, that is, only in anticipation of their approval, the production of buses and fire engines increased significantly.

3 July 2020   In Ulyanovsk, the production of UAZ "Pickup" with automatic gearbox started
30 June 2020   Oil and not: analysts found Gref's scenario at $ 60 per barrel optimistic
26 June 2020   Vegetables from the wheels: car shops will stand on the conveyor