A piece fell off: a car business was cut off at the CCI 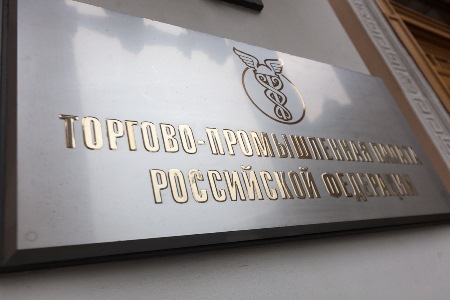 In a letter signed by Maxim Fateev, CCI Vice President, it was announced that Government Decree No. 616 “On the Prohibition of the Prohibition of Industrial Goods Originating from Foreign Countries, for the Purpose of Purchasing for State and Municipal Needs, entered into force on April 30 this year.” .

In addition, Government Decision No. 617, dated the same date, “On restrictions on the admission of certain types of industrial goods originating from foreign countries, for the purpose of procurement to meet state and municipal needs,” is mentioned.

The bottom line is that both documents introduce a phased cancellation of the old government decree No. 656 "On the establishment of a ban on the admission of certain types of engineering goods originating from foreign countries for the purpose of procurement to meet state and municipal needs."

So, since May 1, the CCI has no right to issue ST-1 certificates for such equipment as bulldozers, graders, bucket excavators, forklifts, fire trucks, timber trucks, truck cranes, as well as for most of the nomenclature for oil and gas production. As an exception, chambers of commerce can issue supporting documents for a specific purchase only if the notice of invitation to participate in the procurement is sent before April 30, 2020.

For the rest of the range of goods that CCI certifies for participation in public procurement, work is possible only until July 1.

“After July 1, 2020, the issuance of these documents for the mentioned engineering products is possible only if purchases, notification of which are posted in a single procurement information system, invitations to participate in which are sent before July 1, 2020,” the letter says . “Thus, the current mechanism for confirming the origin of engineering goods with documents issued by chambers of commerce and industry [...] will cease to be effective from July 1, 2020.”

The situation in which the chamber was engaged in issuing documents with the name “certificate” on the basis of an examination certificate, while not being a certification body, was not normal, an independent automotive industry consultant Sergei Burgazliev is convinced. According to him, the CCI issued such certificates on the basis of the EAEU intergovernmental agreement , which included a document with the name "certificate" and these certificates in the form of ST-1 were necessary only for foreign economic activity, however, with the vast majority of public procurement, customers required this document, which It was necessary to draw up for each batch or each product.

In his opinion, the CCI in this chain was absolutely superfluous. From the point of view of recognizing the goods as Russian, it is quite enough that the products comply with the 719th resolution and are entered into the register of the Ministry of Industry and Trade , the expert noted.

“And if the Ministry of Industry and Trade has questions to unscrupulous applicants, then it will be possible and necessary, to verify the information specified by the applicant, to send checks to such enterprises that will form a conclusion,” said Burgazliev.

On average, a certificate in the form of “ST-1” costs about 8 thousand rubles, but it is issued exclusively for one type of product. For example, if a tractor has several modifications with attachments, then a separate certificate will be required for each. According to Burgazliev’s estimates, the annual turnover in the issuance of ST-1 amounted to several hundred million rubles.

In Russia, the so-called “regulatory guillotine” is actively going on now, which reduces the state administrative burden on business, and in this regard, it is expected that the CCI will drop out of the chain of access to goods for government purchases, said automobile expert Sergei Ifanov.

“The ST-1 certificate, in addition to government procurement, is still required for presentation at Russian customs in order to export our goods duty free to the CIS countries. In general, an absolutely unnecessary fee, ”concluded Ifanov.

The press service of the CCI promptly did not answer the questions of Gazeta.Ru.

3 July 2020   In Ulyanovsk, the production of UAZ "Pickup" with automatic gearbox started
30 June 2020   Oil and not: analysts found Gref's scenario at $ 60 per barrel optimistic
26 June 2020   Vegetables from the wheels: car shops will stand on the conveyor