Oil and not: analysts found Gref's scenario at $ 60 per barrel optimistic 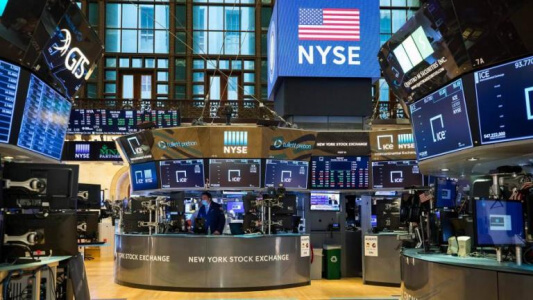 The price threshold of $ 60 per barrel of oil, which was predicted by the head of Sberbank German Gref, is an overly optimistic scenario. Analysts polled by Izvestia agreed on this. Only a few agree that black gold can rise in price in the fourth quarter to such a level . There are no serious prerequisites for price increases, however, there are no reasons for a sharp drop.  June 29, Brent quotes began to fall on the news of a new surge in the incidence in the United States, however, they quickly recovered. Therefore, experts do not believe that it is worth dramatizing the situation .

Gref suggested that by the end of 2020, the Russian national currency could strengthen to 60–62 rubles / $. He came to this conclusion, based on the forecast of analysts that a barrel of oil by the end of the year will rise in price to $ 60.

I trust one of the old and experienced analysts, Henry Grobe. He calls at the end of the year $ 60–62 per barrel.

The deputy director general of the Institute of National Energy Alexander Frolov told Izvestia that at the moment the main problem of the hydrocarbon market is the enormous excess of oil reserves  prospects for stabilizing the market and rising prices to an industry-comfortable level of $ 70–85 per barrel.

- Today, prices are quite confident at the turn of the order of $ 40 per barrel. And this is against the backdrop of the still not restored demand for black gold.

On the morning of June 29, prices for Brent crude oil showed a certain decrease - however, they did not pass the key mark.

According to Dmitry Golubovsky, a financial analyst at Kalita Finance, the largest consumers of gas in the United States are Texas, California and Florida, and there is a sharp increase in incidence in these states .

True, according to the director of the Alpari analytical department, Alexander Razuvaev, it is too early to dramatize the situation.

“Oil is a volatile asset and plus / minus a few percent is normal,” he said.

According to the expert, if there is no second wave of coronavirus, then you can focus on the price of oil at $ 40-50 per barrel before the end of the year.

A similar opinion is shared by the head of the analytical department of AMarkets Artem Deev.

If the coronavirus begins to spread again at an accelerated pace, the exchanges will again be driven by emotions and uncertainty, as well as expectations of the worst, said Artem Deev.

Maxim Chekushin, senior personal broker of BCS Broker, told Izvestia that he expects the oil price to recover to $ 50 per barrel in a year.

Speaking of a more pessimistic scenario, the broker believes that if serious quarantine measures are renewed around the world, the imbalance in supply and demand in the oil market may shortly lower the price of Brent even to $ 20 per barrel. However, not for long.

OPEC + countries can prevent a sharp drop in prices, even at the time of an epidemic increase around the world, research director of VYGON Consulting Maria Belova told Izvestia. The organization’s monitoring committee constantly monitors all changes in the market, she noted.

“Therefore, if the epidemiological situation worsens, oil ministers may decide to extend the period of maximum reduction in production so as to prevent collapse,” the expert noted.

Earlier in June, the head of the Ministry of Energy, Alexander Novak, in an interview with the German publication Handelsblatt noted that it is too early to talk about returning oil consumption to the pre-crisis level .

31 July 2020   Sberbank analyst estimated the timing of the stock market reaching the level before the crisis
29 July 2020   US stock market declined under pressure from tech stocks
13 July 2020   Brent rose to $ 43.08 per barrel pending OPEC + decisions