Brent fell to $ 40.57 a barrel on concerns about demand 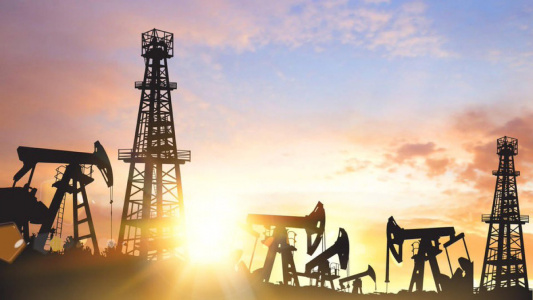 Analysts polled by S&P Global Platts, in turn, expect that the US Department of Energy data will show an increase in oil inventories last week by 1.9 million barrels. According to their estimates, stocks of gasoline fell by 1.3 million barrels, distillates - by 1.7 million barrels.

The US Department of Energy will release a weekly report on energy reserves in the country on Wednesday at 17:30 Moscow time.

Oil prices continue to be under pressure from concerns over the coronavirus pandemic. New York Mayor Bill de Blasio said on Tuesday that the proportion of tests for coronavirus with a positive result again exceeded 3% for the first time in recent months, writes CNBC.

"If New York gets close to introducing quarantine measures before the winter wave of the virus, oil demand expectations are likely to be severely lowered," said an analyst at Oanda, quoted by S&P Global Platts.

In addition, the concern of traders is caused by the growth of production in Libya, as well as information that Russia may exceed quotas under the OPEC + agreement, writes Bloomberg.

"The development of events on the demand side is unfavorable, Russia is likely to exceed the OPEC + quotas, and the risks around the agreement to cut production are growing," analysts at ANZ note.

15 October 2020   The Rosspetsmash Association offers the Russian government a set of measures for the development of domestic machine building
2 October 2020   THE ACTIVITY OF ONE OF THE LARGEST BEARING PLANTS IN RUSSIA HAS BEEN RESUMED
30 September 2020   Brent fell to $ 40.57 a barrel on concerns about demand