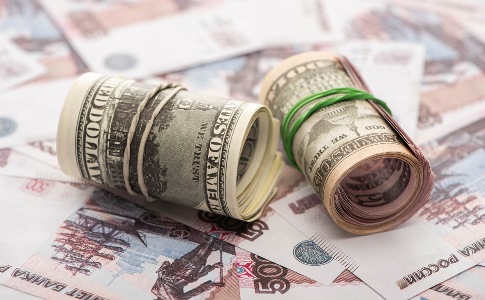 The RTS index may reach 1,500 points, and in 2021 - 1,700 points. Andrey Kuznetsov, the chief strategist for the share market of Sberbank CIB, spoke about this in the framework of the joint project of RBC and Sberbank of the First First Talk . Before the start of the coronavirus pandemic, the index was trading at 1,640 points.

Sberbank CIB also expects that by the end of 2020, the ruble will strengthen against the dollar to RUB68-69, and Brent crude will rise to $ 45 per barrel.

Kuznetsov remains moderately optimistic about the stock market, despite the fact that its growth has slowed after a rapid rise in April-May. Since the beginning of June, the RTS index has grown slightly, in contrast to other emerging markets. However, interest rates continue to decline, as have discount rates on shares. This means that the inflow of funds from private investors will continue.

Kuznetsov told which shares in Sberbank CIB are considered the most attractive. Among them were securities of LUKOIL and Tatneft , as they are among the leaders in dividend yields in the oil and gas sector due to stable cash flows. According to the strategist, by 2021 LUKOIL may have a dividend yield of 14%, and Tatneft's - 12%.

They are followed by shares of Gazprom , which have come under pressure due to low gas prices. However, the cost of gas has a more serious recovery potential than oil, the expert noted.

The most attractive shares also included Yandex securities , as Sberbank expects that in August they will be included in the MSCI index calculation base. This could provide significant support for the company's share price. The list also includes another Russian technology company - Mail.ru Group. In early July, its shares began to trade on the Moscow Exchange, which allows it to attract new investors and increase the chances of entering the MSCI indices.

Energy company OGK-2 shares may continue to rise. Kuznetsov noted that the dividend yield of these securities by 2021 could exceed 12%.

According to the expert, shares of the LSR development group of companies may be attractive due to the growth in the volume of mortgage loans following the decrease in rates. According to the strategist, more than 50% of the group's sales come from mortgage transactions.

The Russian market slowed down its recovery. What is the reason?

The main reasons for this situation were the weakening of the ruble, the correction   on the federal loan bond market (OFZ) and the end of the dividend season.

According to Kuznetsov, the recovery in the OFZ market will continue as the Bank of Russia cuts the key rate. Inflation remains well below the central bank's target of 4%. This means that the regulator will continue to cut rates. If inflation remains in the region of 3%, then by the fall market participants will begin to include in the price the scenario of a more aggressive rate cut and bond yields will go down again.

Securities became less dependent on each other

In April-May, when the market was recovering quickly, stocks followed its dynamics. However, since June the correlation has weakened noticeably, the expert noted. This means that the dependence between the change in the value of different securities has decreased, the rise or fall of one asset now has less effect on the price of another. This pattern of market movement is standard during a wave of sales and recovery, Kuznetsov said.

According to him, in the future, specific factors will play a significant role. For example, from March to May, the main driver of the market was news related to the development of the pandemic and the macroeconomic consequences.

“As a result, stocks moved with a high degree of correlation. Now corporate news is coming to the fore, and shares move in different directions, ”Kuznetsov said.

Private investors are buying more shares, which is good

A massive inflow of funds from private investors continues on the Russian stock market. In June, they invested about $ 1 billion in it, and since the beginning of the year - $ 2 billion.

“The inflow of funds into securities from individuals is a natural reaction to a decrease in interest rates. This is happening not only in Russia, but also in other markets, ”said Kuznetsov.

According to him, this is undoubtedly a positive factor for the stock market. At the same time, fears about the inflation of the bubble are still premature, the strategist believes. Securities still occupy a very small share in the assets of private investors, less than 10%. In other economies, including developing ones, this share is significantly higher.

It's not all bad

The decrease in the key rate of the Central Bank and the yield on bonds lowered the discount rate. It helps to understand the profitability of future investments. For example, how much money to put on a deposit in the bank in order to receive a certain amount by a specific date.

Due to these factors, the fair value of the shares increased, Kuznetsov said. That was the key driver of the market recovery. Further easing of the monetary policy, that is, the reduction of the Bank of Russia rate, will continue to support the stock market.

Companies with a high level of debt are most sensitive to the rate cut: Rosneft and Rusal . In addition, companies with high capital expenditures, such as Gazprom and RusHydro , are sensitive . Companies with negative net debt, in particular Inter RAO , and those with a high risk premium, including Aeroflot, react least of all .

Kuznetsov said that Sberbank is still moderately optimistic about the stock market. Interest rates continue to decline, as have discount rates on shares. The inflow of funds from private investors will continue, and, most likely, there will be no new placements until autumn.

31 July 2020   Sberbank analyst estimated the timing of the stock market reaching the level before the crisis
29 July 2020   US stock market declined under pressure from tech stocks
13 July 2020   Brent rose to $ 43.08 per barrel pending OPEC + decisions